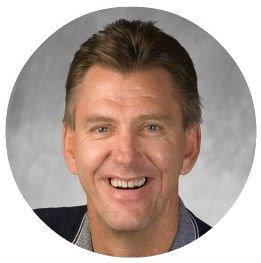 “First, we need to be able to talk and teach how to identify and cope with our problems. The rest is another part of the journey.”

A few weeks ago we started to speak about a very unfortunate state that we are currently facing. In our newsletter Crisis with a Complex Background: Children’s Suicide on the Rise we concentrated on the reasons and ways how we could resolve the problem. Now we will continue our focus, this phenomenon is not specific to the U.S. it occurs throughout the world, affecting people regardless of their gender, social status, nationality, cultural or religious background. In fact, according to World Health Organization[1], the top five countries with the highest suicide rates—Lithuania, Russia, Guyana, South Korea and Belarus—are really diverse.

What can we do to change the situation? The next few newsletters will be focusing on this very serious situation, our discussion will openly examine the current crisis and present possible solutions.

The reasons for the increase of suicidal behavior are complex and usually not the result of a single problem. They can be explained by a combination of factors, including increasing pressure to succeed, social isolation and (cyber) bullying, the use of technology and social media or a lack of mental health services. The fact is that while we are focusing more and more on physical health, we tend to ignore the importance of mental health when in reality both are needed in order to create a healthy balance. But how can we teach teenagers to cope with their problems when about 30% of them are not even verbalizing the situations they are dealing with or expressing their feelings to their own parents?

Most families are at a loss, and many are unaware that their children are depressed, even when living under the same roof. How can a young mind be so complicated in a time when the social structure and economy is good? We are not at war, the middle and upper class has all their needs met and even low income families have food and housing although not as desired but much better than many 3rd world counties. Are things too easy, have we spoiled our kids by giving them everything they ask for? I remember when I was a child we received gifts twice a year on our birthday and at Christmas, that was it, and we looked forward to the event. Now we are given everything, and with Christmas in July, Black Friday, Christmas, Boxing Day sales that last a month, people are not attracted to buy at regular prices, they only become motivated when things are heavily discounted. I recall a restaurant offering Chicken Wednesday. Each Wednesday it would offer chicken dinner on special, and it was full. Isn’t that strange? Especially considering people ate chicken when they felt a craving for it, not because it was on sale.

But it goes much deeper than having everything at our fingertips with no major threats like famine, war or mass devastation. It goes to how we assess life and what challenges we face and how they are dealt with. Most of the references children guide their lives by are found on the Internet. The sad thing is most parents are left in the dark and have no idea of the trauma their children are in. Parents remain occupied with their lives and their children fend for themselves many times discounting the parents advice saying “that was your generation not mine.” We also see a great decline in spiritual values and church attendance that for most religions are sharply down for the past two decades. Are our children growing up with no faith at all or if not, where is their faith coming from? Is it possible that the shift in values results in believing the wrong kind of sources which could end up being misleading?

Family structure proves to be an integral part to child development especially absent fathers. More psychological problems are experienced in single-parent households. Their number has reached high levels with the divorce rate end at 50%. That really messes with the minds of our children. One parent is absent, most of the times the divorce is ugly, and the child is the witness and victim of feeling abandoned, especially at a crucial impressionable age he or she is in. Research shows that “children raised in households lacking a father experience psycho-social problems with greater frequency than children with a father in the home. These problems have been found to extend into adolescence and adulthood and include an increased risk of substance use, depression, suicide, poor school performance, and contact with the criminal justice system.”[2] Unfortunately, the list doesn’t end here; there are many other outcomes that may result from the absence of a father in a child’s life.

The biggest problems come from the feeling of isolation, that everyone is alone with their situation. The best solution is to show that it’s really not the case. Like the teacher, who took a confidential survey from her young students, the person’s identity remained anonymous, they responded truthfully with things affecting their lives, attempted suicide, and father in prison, mother not home or being bullied. The teacher decided to have the notes read by the students, still with the identity unknown, the experience was very emotional, the class structure improved dramatically because every student saw that others shared the same or similar distress as they did. So first, we need to be able to talk and teach how to identify and cope with our problems. The rest is another part of the journey.