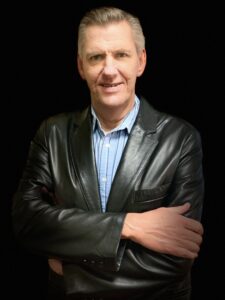 “Naturopathic medicine has a long legacy based on science and discovery, treating the core of illness rather than the symptoms of disease.”

Those who practice natural medicine or those associated within the development of natural medicine have known for years how safe and effective it can be for treating disease conditions. We have heard time and time again from the pharmaceutical side that natural medicine lacks the science and clinical evidence, but science is at best speculative, and perhaps a deeper look is necessary to see what side is correct.

Science is based on evidence and especially evidence available at the moment; evidence to either support or counter a scientific theory or hypothesis. We must remember that for 1,000 years science believed that the earth was the center of all creation, with the Sun, planets, and stars all orbiting it. This concept reminds me of the pharmaceutical industry how they feel they are the center of medicine. And it is good thing Nicolaus Copernicus came along to show that the planets orbited around the sun. Science is expected to be empirical in nature and interpretation and in accordance with a scientific method, and I would extrapolate that medicine can be established in the same manner based on history and traditional use in proving its worth.

Traditional medicine stems from the growers of the herbs or other forms of plant based remedies to the designers and scientists who create the healing medicines. The medical establishment until recently believed that traditional naturopathic medicine was not based on science or clinical evidence, let’s examine that argument and see if it holds water or not. To better understand we need to examine the roots of naturopathic medicine and see how it has blossomed over the centuries in order to decide what group is based on science, and treatments that are both safe and effective.

The Short History of Naturopathic Medicine:

Naturopathic medicine has a long legacy based on science and discovery, treating the core of illness rather than the symptoms of disease. Treatment followed the causal chain of deterioration in order to treat the body as a whole (with glandular therapy, diet, and plant based remedies, homeopathic medicines and lifestyle changes) is applied to create an internal balance allowing the body to heal itself. The naturopathic principles follow what was established by Hippocrates, the father of modern medicine: the body must be treated as a whole and not just a series of parts.

The next time you hear that naturopathic medical treatment is not based on science, please point out that they have not examined its rich history. Whereas allopathic medicine was established to do the same (do no harm), yet properly prescribed medicine is the third leading cause of death through the influence of the pharmaceutical industry. Who has the bragging right now?